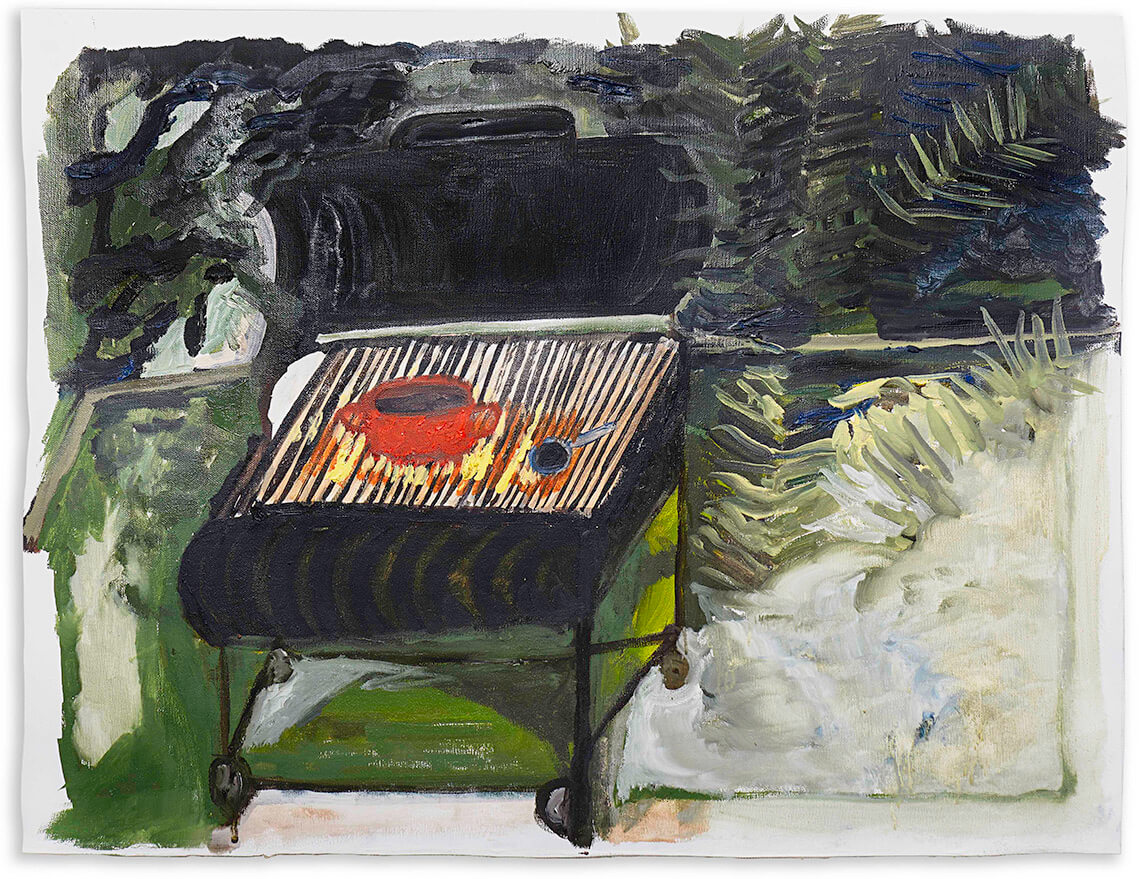 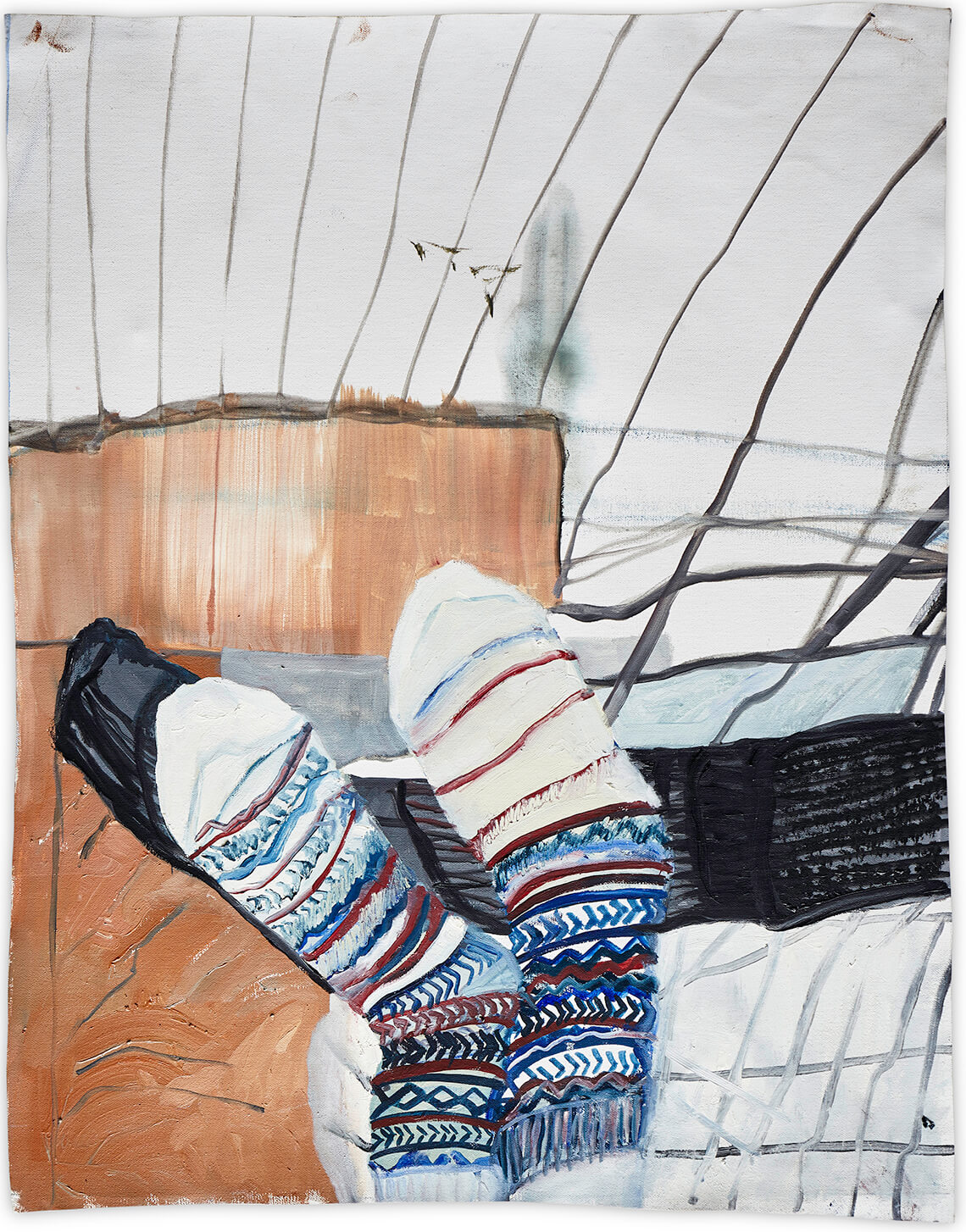 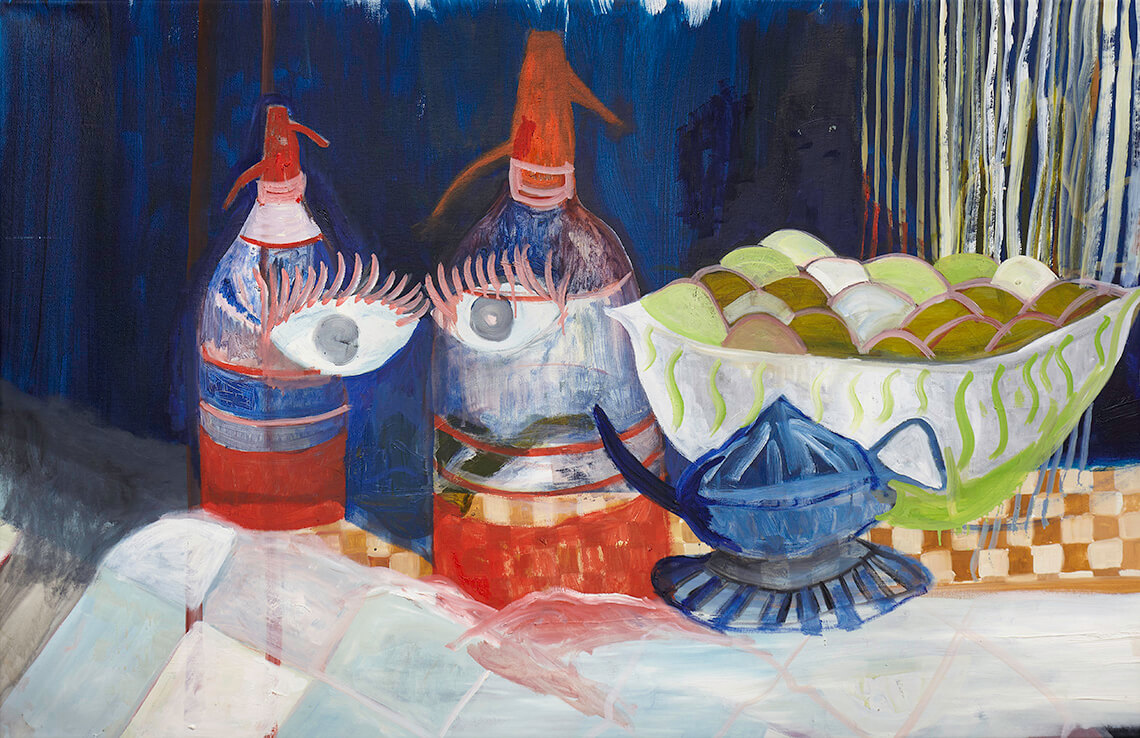 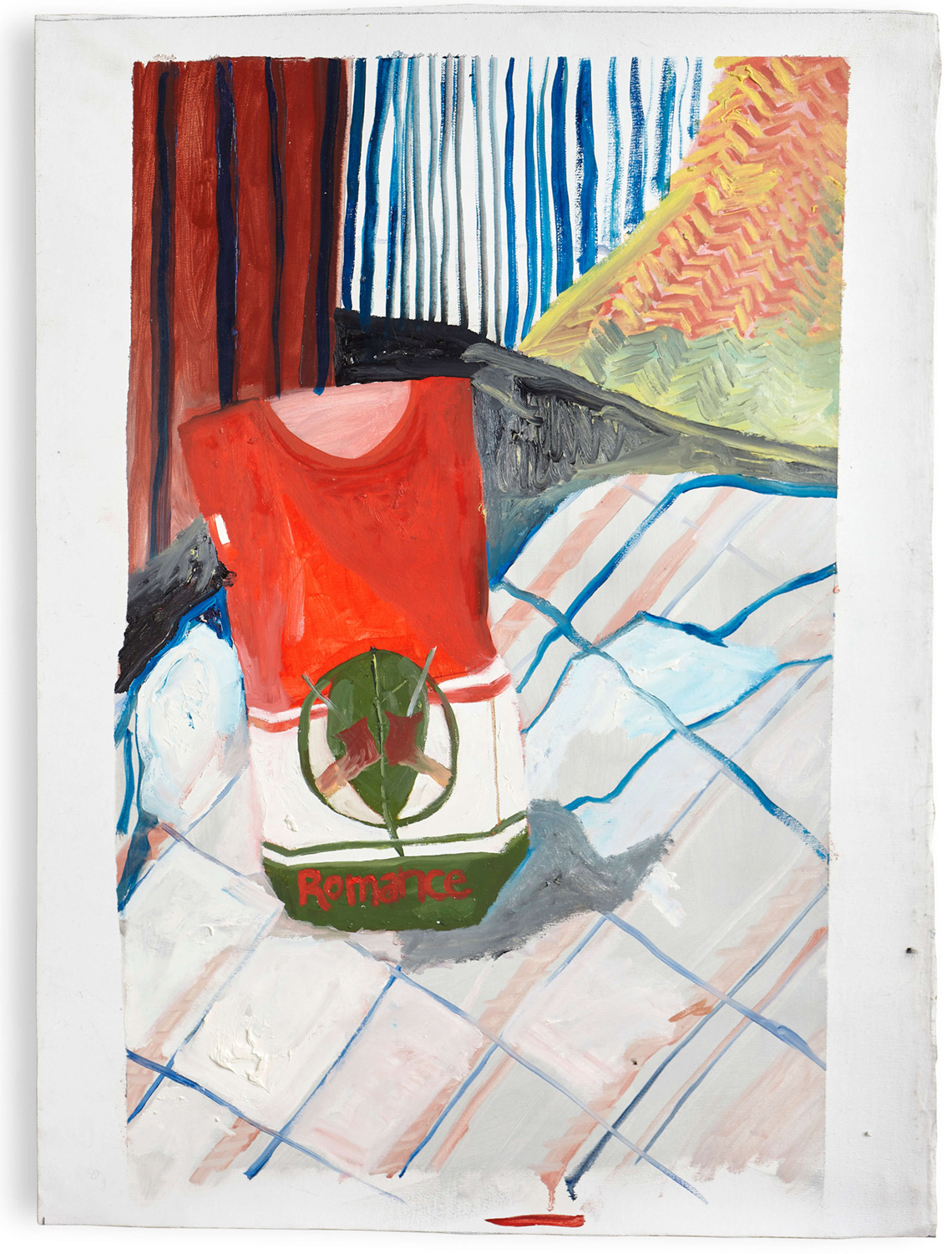 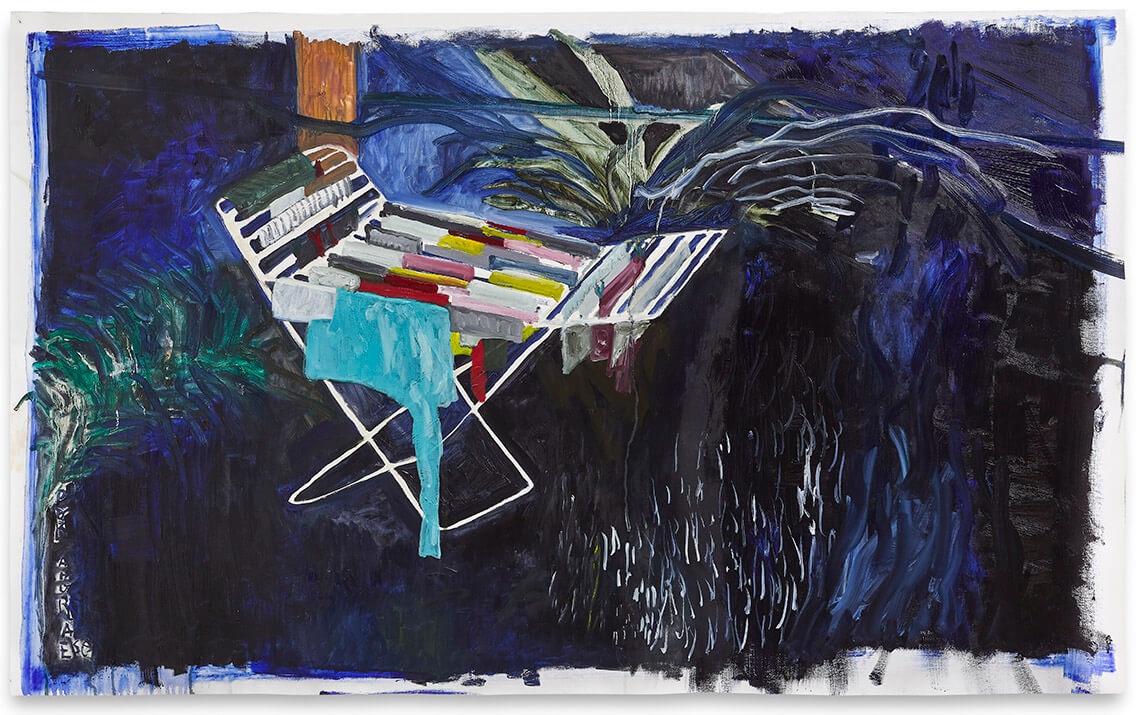 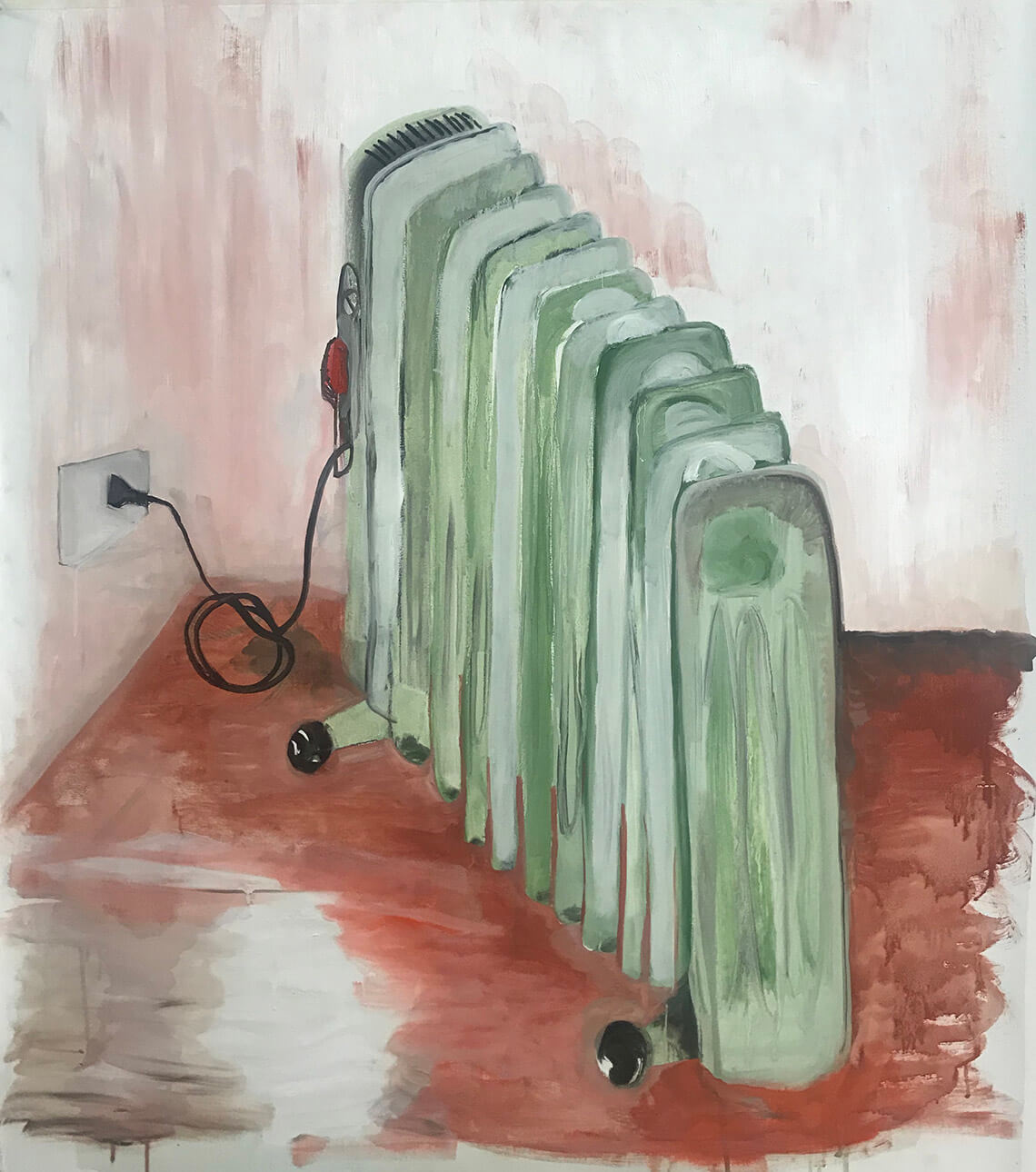 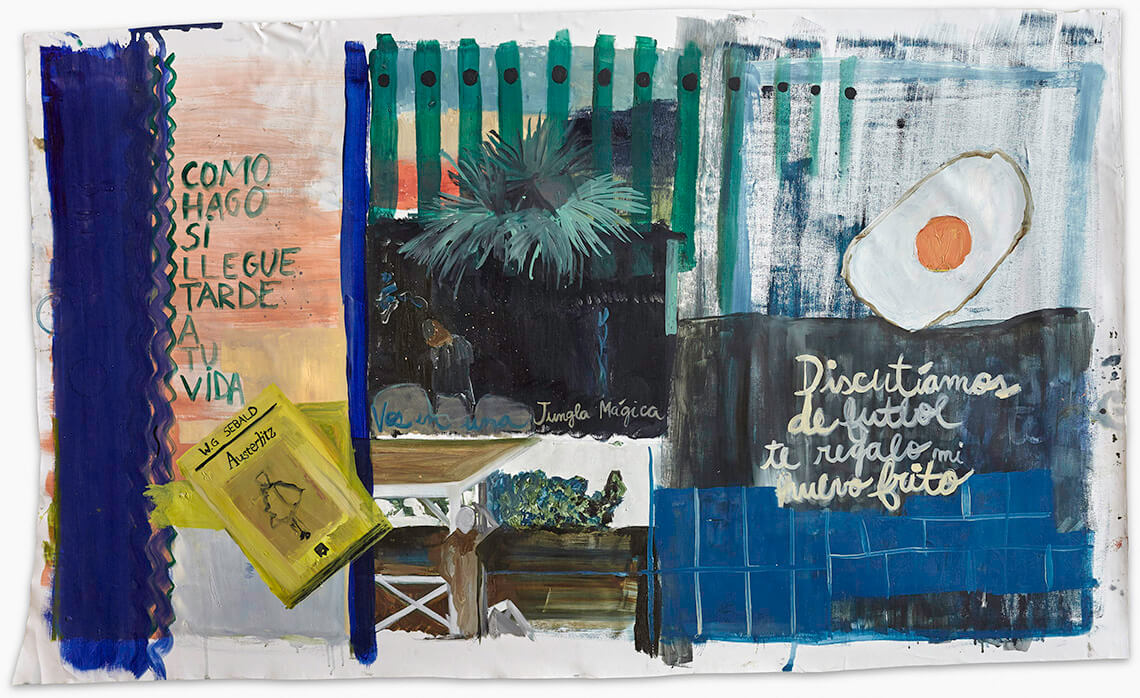 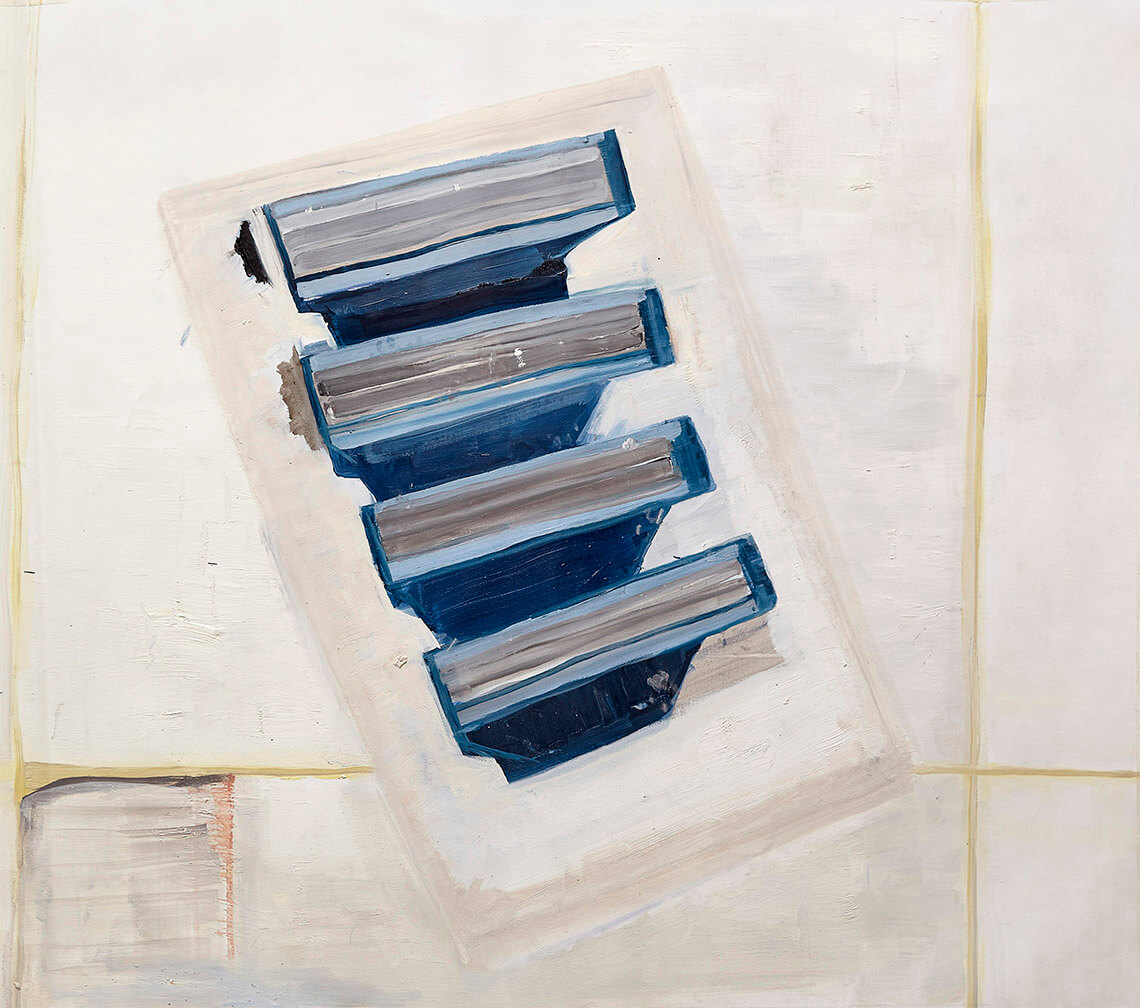 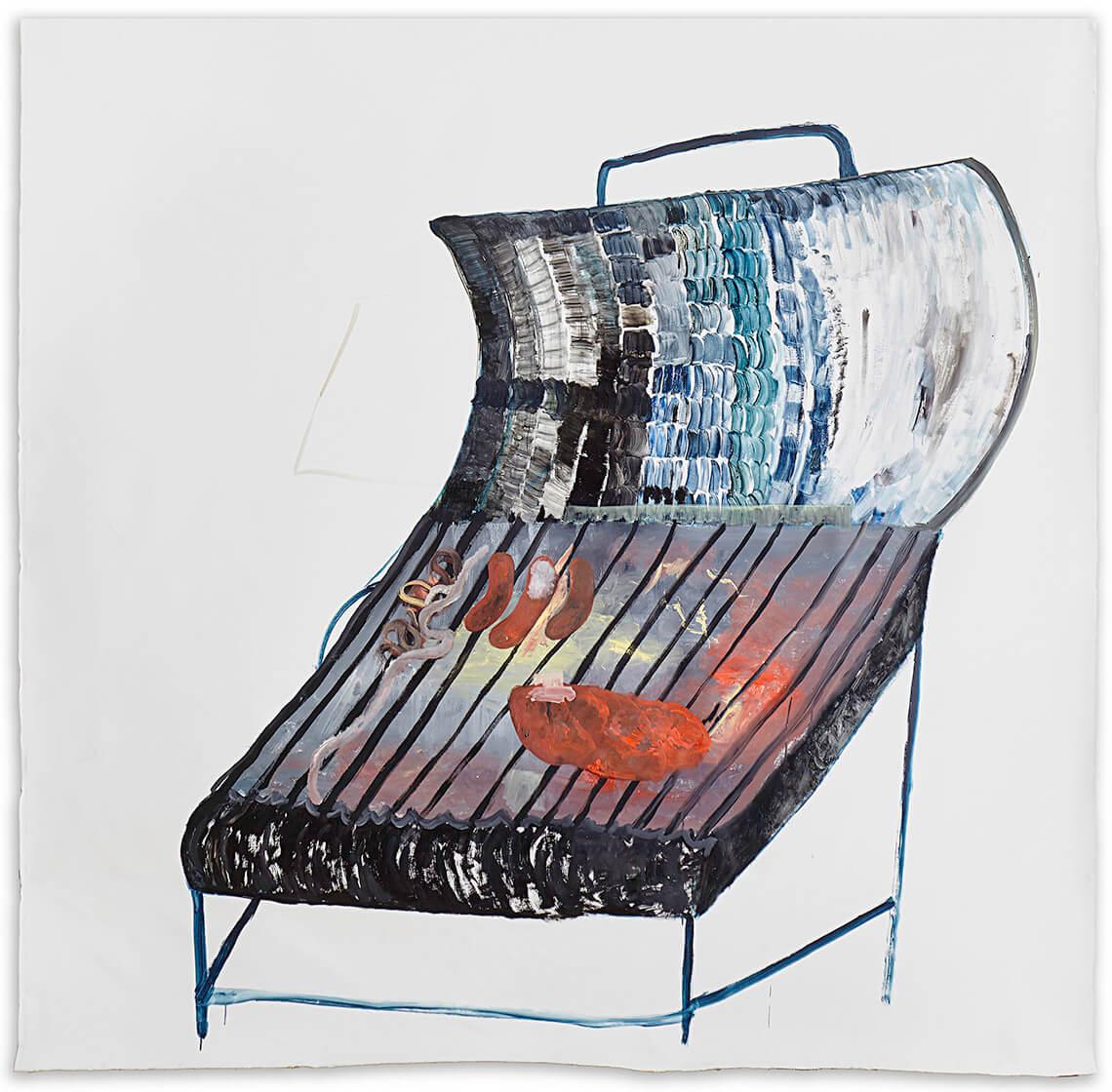 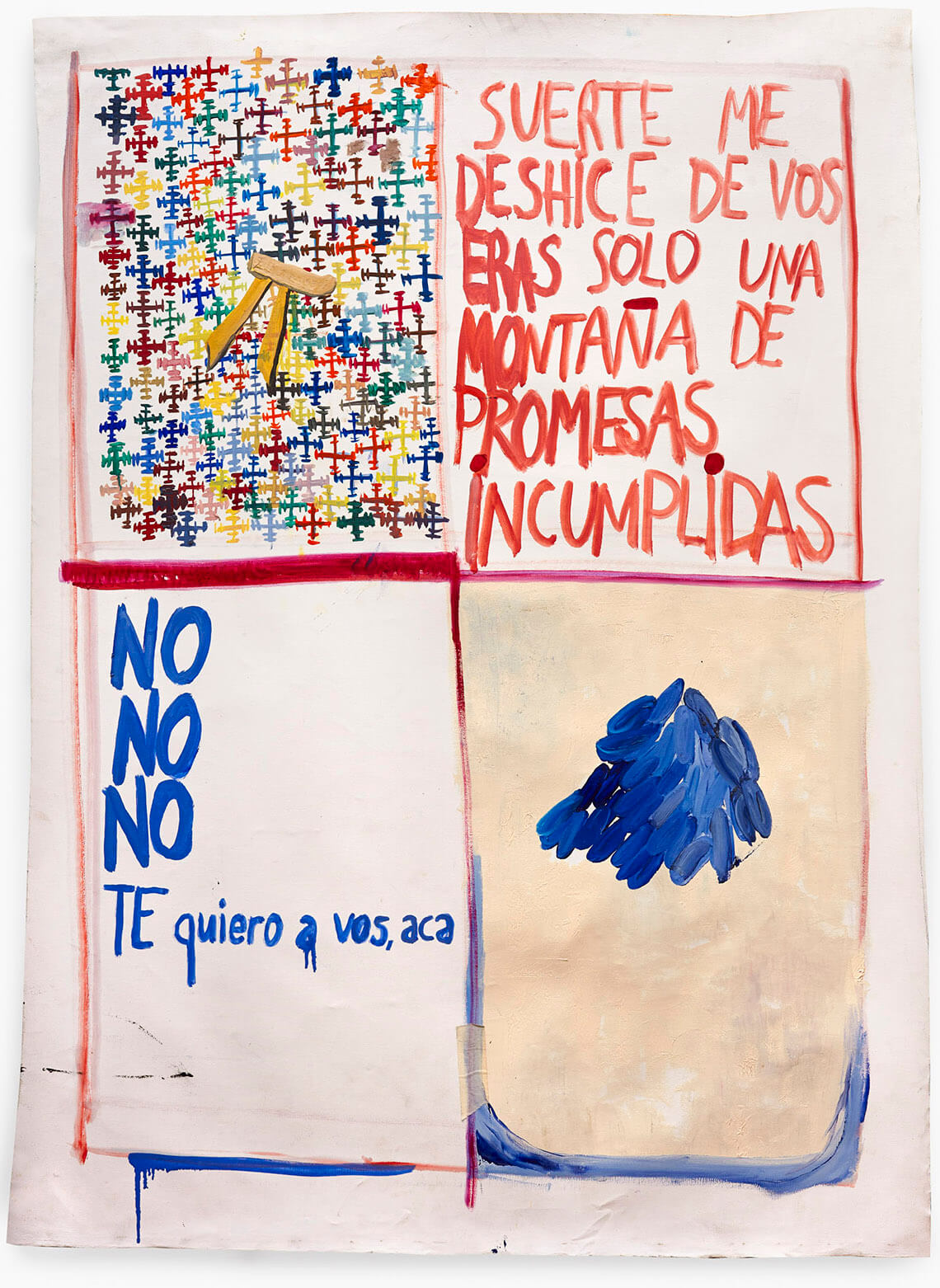 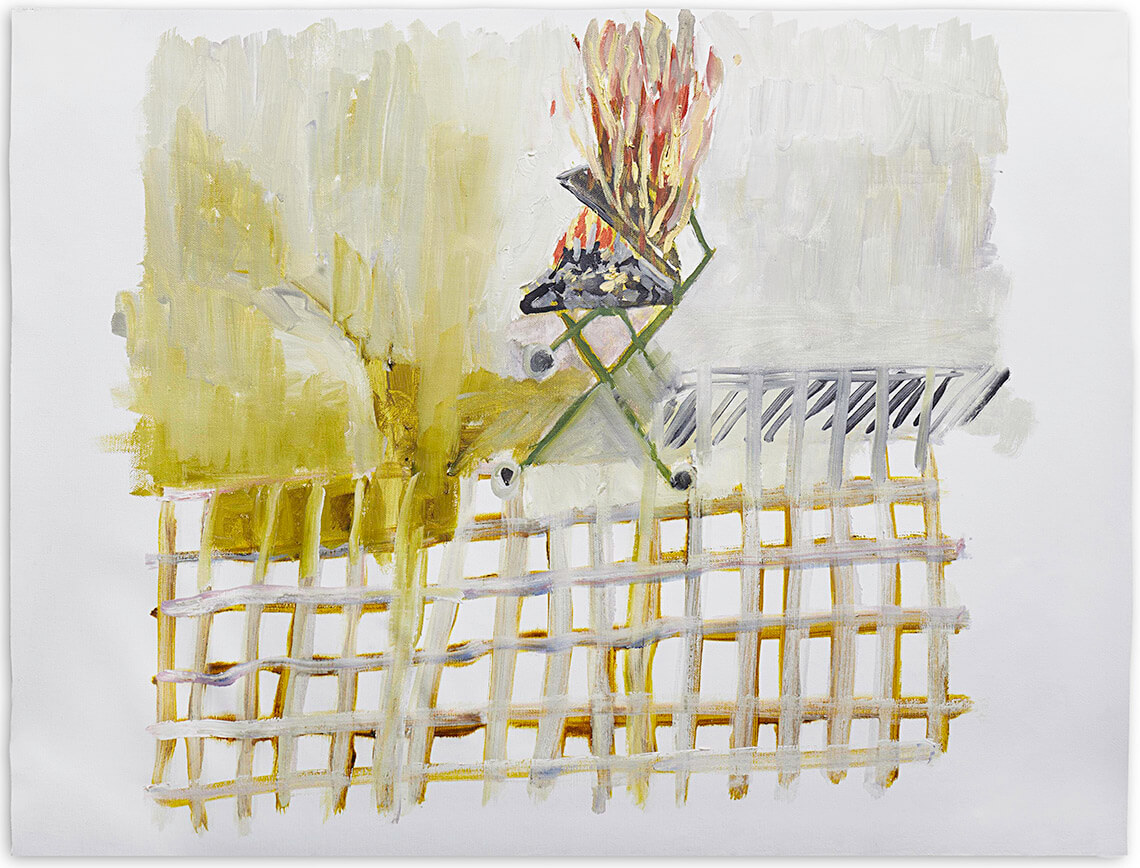 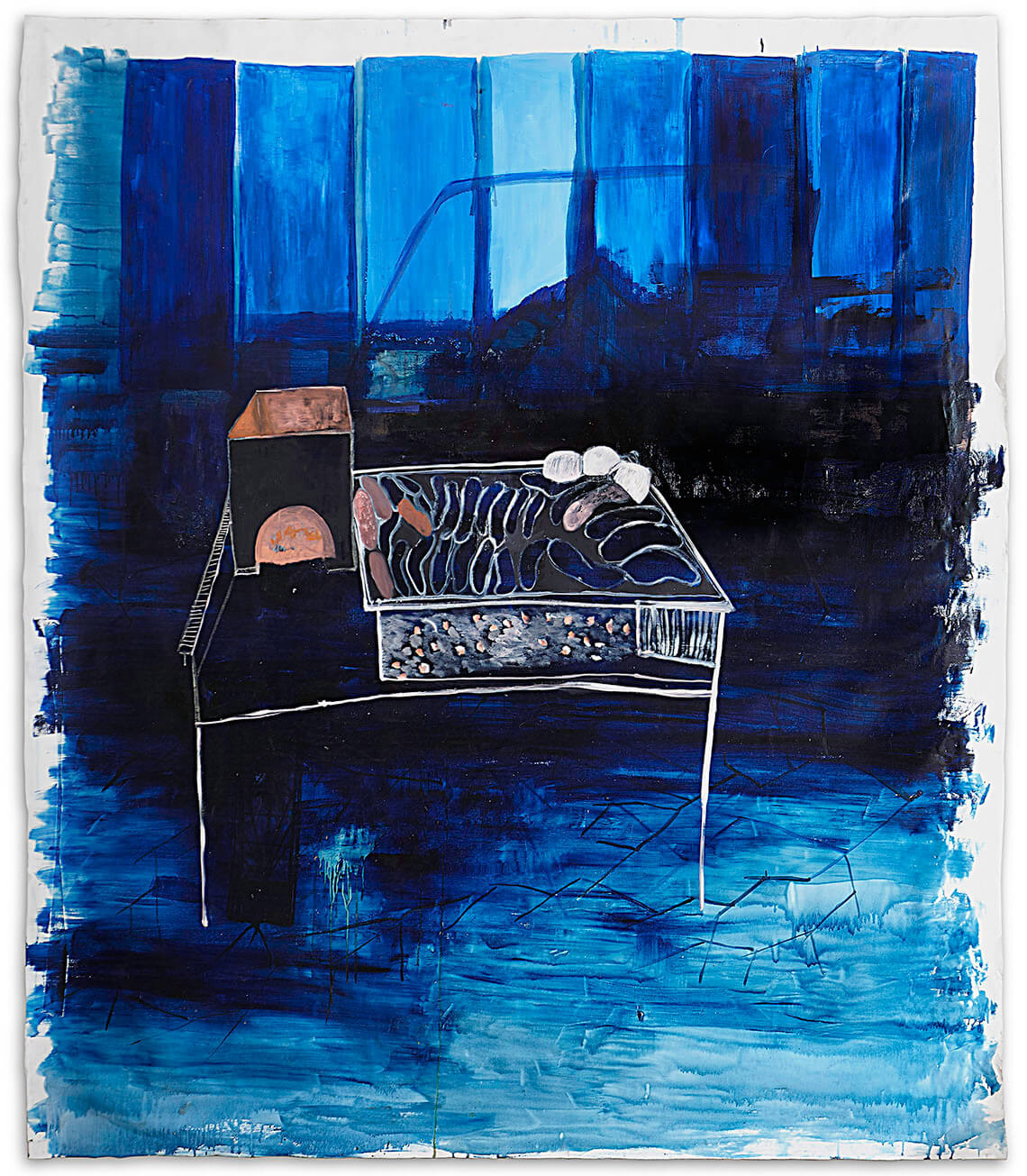 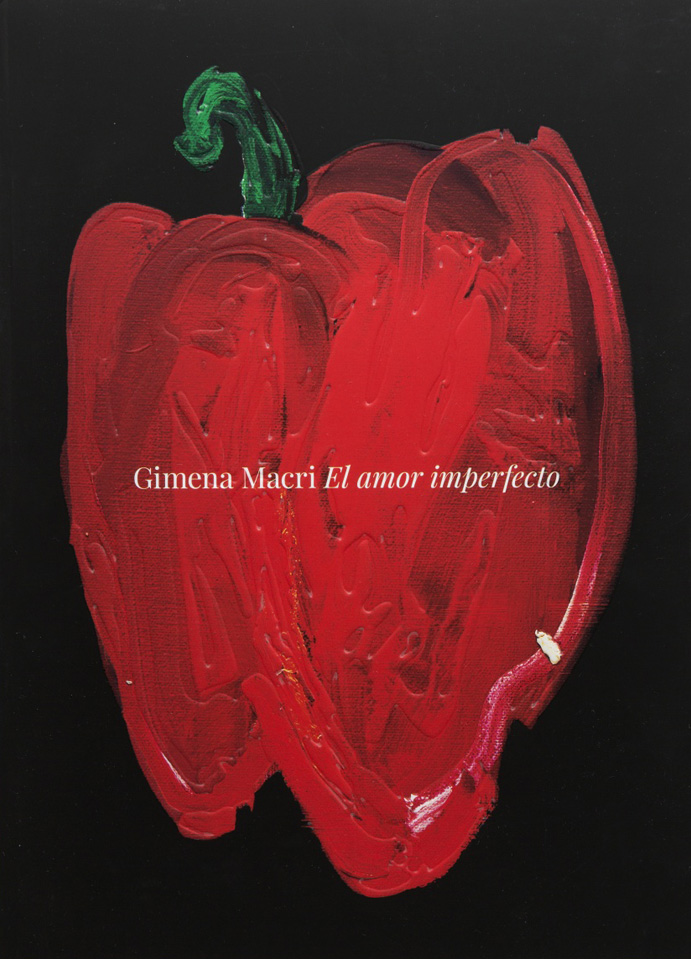 Good things come in small packages and this is certainly true of Gimena Macri’s “cover versions” of 20 abstract artworks from the 20th century. The paintings grace just one of the walls of Pasto gallery’s 30-square meter space, while a postcard sized map and accompanying booklet reveal the artist’s talent as a storyteller, guiding us through her artistic journey while unravelling the stories of 19 outstanding avant-garde female artists from ten countries, spanning across Europe, Russia, and the Americas.

Swedish artist Hilma af Klint (1862-1944) was a pioneer of abstract art. Like Gimena, she began with figurative painting. In parallel, working in quiet isolation, she embarked on a lifelong spiritual journey producing an unprecedented body of abstract work. Unlike her male contemporaries, Mondrian and Malevich, hailed as the pioneers of abstraction, Hilda’s work remained hidden until Los Angeles’ LACMA museum discovered and first exhibited it in 1984, 42 years after her death, and long after the 20 years of secrecy requested in her will.

The exhibit’s only painting of a living artist’s work is that of Carmen Hererra. Born in Cuba in 1916, now living and working in New York, Carmen claims that no one took her work seriously until she was 90. In 2015, as she approached her centennial birthday, she formed part of the new Whitney’s opening show and later became the inspiration for Swiss clothing designer Akris’ 2016 collection at the age of 101.

Pinacoteca do Estado, one of Brazil’s most important museums, considers its current retrospective of Hilda Af Klimt as one of the highlights of 2018. London’s Tate held its first retrospective of Swiss-born Brazilian artist Mira Shendel – the only artist featured twice in the exhibit – in 2014. Gimena’s interpretation of the two artworks departs from their original perfection, painted in oil, with a richness of texture and color.

Curator Lara Marmour makes an interesting analogy of Gimena’s work, citing cover versions from well-known classic rock. David Bowie’s “China Girl” is an Iggy Pop original; Elvis’s “Always on My Mind” was done by Johnny Cash, Julio Iglesias, and even reinvented by the Pet Shop Boys. Just as one musician can enrich the work of another, so too, can an artist. It was internet-based research that led Gimena to link these female pioneers of abstraction. Dotted around the world and spanning over a century, they were all purposefully driven, while completely unaware of their collective synchronicity.

In neighboring Retiro, Marcos Lopez, known for his Latin pop photography, has invaded the stark white interior of Rolf Art with a treasure chest of original and reinvented artworks from the 1980s to the present day. ”In-Continent” says goodbye to minimalism and hello to Lopez’s “more is more” philosophy with more than 50 eclectic artworks. Classically framed photos hang alongside posters of iconic works by Edward Hopper and David Hockney, intervened with the thick brushstrokes of Lopez’s rough painting style. A display shelf of religious icons includes the faces of Evita, Gaucho Gil, and Mother Teresa whose gaze points across the room to a life-sized dummy of Mauricio Macri lounging in a garden chair on a fake lawn, soaking his feet in a red plastic basin, and reading a copy of Hola! magazine.

Juliana Awada and Michelle Obama are featured on the cover. So what’s this all about?

A visit to the gallery with MALBA Amigos to meet the artist provided an opportunity to follow Lopez as he stepped in and out of each genre of his work.

Macri’s presence in front of the giant L-shaped mural of “Suite Bolivariana” provides a present day political context for an iconic photographic work from 2009, featuring Che Guevara, Juan Domingo Perón, Evita, Simón Bolívar, Evo Morales, and Hugo Chávez. Lopez excuses the quality of the model, saying he wished he could have produced something closer to the hyperrealistic sculptures of Ron Muek or Madame Tussard’s, but his budget of AR $2,000 would not even be enough to have Muek’s secretary pick up the phone. Lopez, a master of digital photography, still manages to get his message across, and the imperfection in this case contributes to the installation’s ironic and humorous feel.

Aside from references to internationally acclaimed artists and political figures, Lopez’s work has an inextricable connection to his upbringing and the ordinary people in the world that surrounds him. An example of this is a reinvention of two of his most emblematic photos, both now in MALBA’s permanent collection.

The protagonists are Hector (the martyr) and Amanda, from two different restaurants Lopez has frequented. Hector was once a waiter and is now owner of Ña Serapia, a tiny bar on Av. Las Heras. I recently visited Ña Serapia to try a salteña style beef empanada. The truth is I went to see the real Hector, and there he was, a humble gentleman, going about his day, with Lopez’s photo on the wall alongside a few news clippings. I felt I was being served by a celebrity. The strange thing is that my first recollection of seeing Hector was over a decade ago at Milión in Recoleta, where he presides over a much more upscale bar than the one he now runs in a large scale format of the artwork.

Amanda is a waitress from another bar close to Lopez’s home. Captivated by her natural beauty, Lopez decided to photograph Amanda crowned in the style of the Aymara and Quechua women of Peru and Bolivia. The crown, inspired by indigenous religious traditions, is made from cutlery and kitchen utensils.

Cover versions of Hector and Amanda are painted over two Ansel Adams posters, by Peruvian artist Miguel Valverde. The work is so precise that it’s not immediately evident to the viewer that the images are not in fact Lopez’s photos. The artist cheekily recalls asking the painter how much he would charge for copying his photos and agreeing on the asking price of AR $300. On finding out the resulting artworks are on sale for US $10,000 the astounded painter asked “how can that be possible?” “I asked you, we made a deal and I paid you. Deciding on the selling price was my idea”, he chuckled, justifying his margin.

MALBA Amigos organizes events both inside the museum and around Buenos Aires. Member privileges include free access to all exhibitions, discounts on educational programs and in the bookshop and onsite restaurant. Annual membership starts at AR $700 for MALBA Joven.